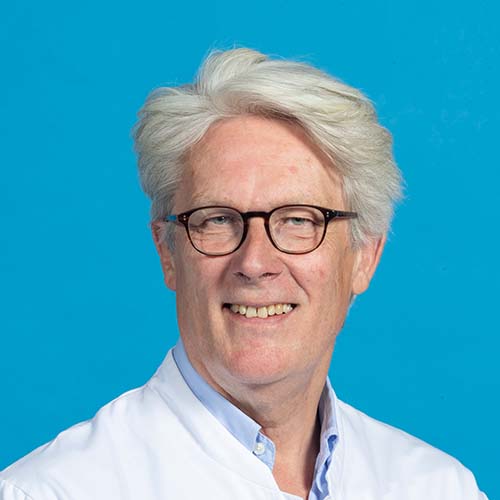 Head of the department

Head of the department Otorhinolaryngology and Head & Neck Surgery

Robert J. Baatenburg de Jong studied medicine at the Erasmus University Rotterdam. He graduated in 1982 and started working as a senior house officer in General Surgery at the Zuiderziekenhuis in Rotterdam until 1984. From 1984 until 1988 he specialized in Otorhinolaryngology at the University Hospital Rotterdam. His Ph.D. thesis: “Ultrasound examination of the head and neck” was published in 1990. In the same year, he was rewarded a fellowship in head and neck oncology by the Dutch Cancer Foundation.The fellowship was spent in the Daniel den Hoed Cancer Center in Rotterdam and the Mount Sinai Hospital in Toronto, Canada. From 1990 to 2005 he was head of the department of head and neck surgery of the Leiden University. In 1998 he was granted a full professorship at the same institute.

Since 2005 Robert is professor and chairman of the department of  Otorhinolaryngology and Head and Neck surgery at the Erasmus Medical Center. The department is the largest in the Netherlands. Research is directed to metastasis in head and neck cancer, optical imaging and prognostic modelling.

In addition, we participate in two large prospective cohort studies (ERGO and generation R). Furthermore, we do implemtation research in Value Based Health Care.