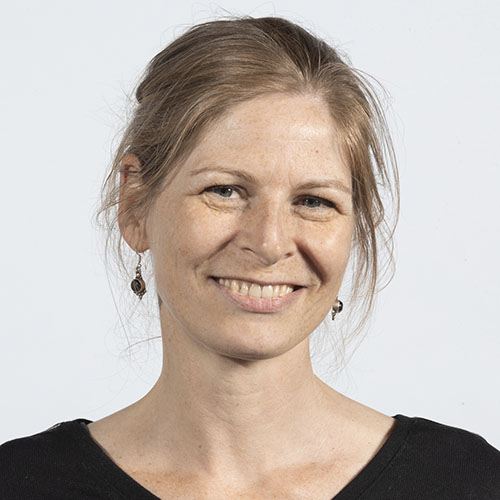 Being a biologist working in an academic hospital, I have the privilige of spending my time investigating the fascinating biology behind gastrointestinal diseases, in an effort to find novel remedies and diagnostic tools for these diseases. The field of basic and translational science poses the opportunity to learn something new everyday, while working towards the general aim of 'healthy aging'.

From 1994 till 1999 I studied Medical Biology at the University of Groningen, The Netherlands, during which time I did a Master’s thesis on the role of tropomyosins in cancer at the Harvard affiliated teaching hospital Beth Israel Deaconess Medical Center, Boston, USA. In 2000 I started my research doctorate program on the impaired neutrophil functions in patients with the pre-leukemic disease Myelodysplasia (MDS) in the department of Hematology at the University Medical Center Groningen, which culminated in the acquisition of a PhD in Medical Sciences in 2005. In 2003 I was awarded a short-term fellowship from the European Molecular Biology Organization (EMBO), which was used to visit the University of Cambridge School of Clinical Medicine, Addenbrooke's and Papworth hospitals, UK. As a junior post-doctoral researcher in the department of Hematology at the University Medical Center Groningen, I investigated the mechanisms of impaired migration of blood precursor cells from patients with low-risk MDS. In 2007 I joined the Department of Cell Biology, section Immunology, of the University Medical Center Groningen where I worked on the identification and characterization of the putative stem cell in the blood disease Multiple Myeloma, for which I was awarded a grant from the Gratama-Stichting. This work brought me into contact with Prof. W. Kerr and Prof A. List, whom I later joined at the Lee Moffit Cancer Institute, Tampa, USA in 2008 for a collaborative effort on a project on the role of impaired signalling in MDS and Myeloma cells, work for which I obtained funding from the WES Foundation. As part of this ongoing collaboration, I performed a post-doctoral research project with Prof. Kerr again in his new lab at SUNY Upstate Medical University, Syracuse, USA in 2010.

As of 2010, I am a senior research staff member of the department of Gastroenterology and Hepatology of the Erasmus University Medical Center, Rotterdam, where I received a fellowship of the Dutch Cancer Society for my studies into the role of phosphatases in cancer. My current interests center around the host-microbial actions contributing to human gastrointestinal diseases. These studies include:

The role of the intestinal microbiota in intestinal inflammation in patients with Inflammatory bowel diseases (IBD).
Inflammatory bowel disease is a complex disease, arising as a consequence of impaired interaction between the host immune system in genetically susceptible individuals. We aim to study these different components contributing to IBD pathology, in order to find potential targets for patient stratification, therapy, or diagnosis.

The potential use of intestinal microbiome detection for colorectal cancer (CRC) screening.
Colorectal cancer is the third most commonly diagnosed cancer in the world, and follows a well-described adenoma to carcinoma sequence which is accompanied by an accumulation of mutations in the APC, KRAS, SMAD4 and TP53 genes. Identification and treatment of colorectal cancer still requires improvement – it is as yet the fourth leading cause of cancer, and recurrence/metastasis of disease is an obvious problem.

The role of Helicobacter pylori interaction with gastric epithelium during gastric metaplasia and the contribution of endoplasmic reticulum stress therein.
Intestinal metaplasia of the gastric mucosa is considered a precancerous lesion which may progress to gastric cancer. The primary cause of gastric cancer is considered to be infection with the pathogen Helicobacter pylori. The exact mechanisms of H. pylori induced carcinogenesis, and its role in progression from metaplasia to carcinoma remain to be elucidated.