The MORE Teaching Prize is awarded annually to the best lecturers of years 1, 2, and 3 of the course. Patricia Kalkman was voted best lecturer of year 3 in the 2017-2018 edition of the prize. She was also voted the best overall lecturer. Prof. Bob Zietse and Dr. Paul van Daele, both from the Internal Medicine department, were voted best for years 1 and 2.

The award ceremony was held on Tuesday 19 June. The qualities of the award winners were highlighted on stage, and included skill sets such as ‘approachable for students’ and ‘great lectures and also strongly involved in education outside Erasmus MC’.
“I hope we can improve much more”

Kalkman, who works at the Pediatric department, was surprised at being awarded the prize: “I’m trembling all over with excitement! This really is totally unexpected, as you always think that people are awarded some kind of oeuvre prize and also actually deserve it.  I hope we can expand my oeuvre and, above all, greatly improve it. I’m just beside myself with pride.”

The MORE Teaching Prize has been awarded by Rotterdam medical students since 2002 - 2003, and now has a digital Wall of Fame. 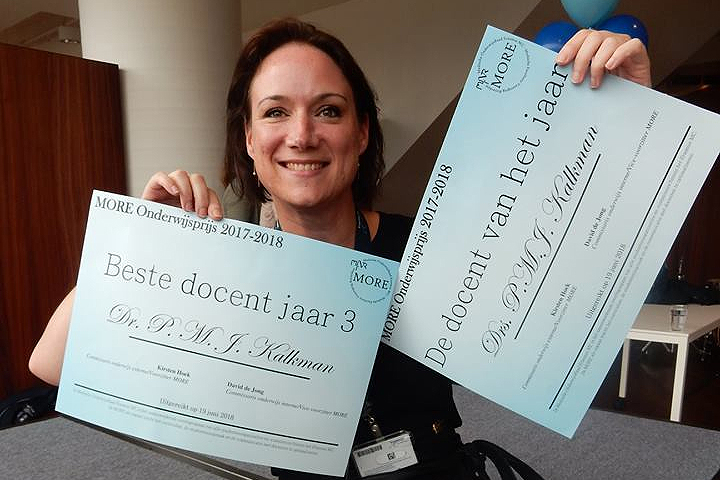