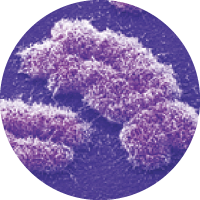 The human Y chromosome, due to its presence in males only and its mostly paternal inheritance, offers interesting applications in various fields such as human evolution, population history, forensics, and genealogy. In forensics, targeting male-specific DNA is of benefit in cases of sexual assault, where autosomal DNA profiling typically fails to identify the male contributor. Our early work had resulted in the introduction and further development of Y-chromosomal DNA-analysis to forensics and anthropology, where it currently is in widespread use. Besides developing genetic tools for Y-chromosome applications in various fields, our research into the mutability of Y-chromosome DNA allows a better understanding of the causes of Y-chromosome diversity and allows improving Y-DNA applications. For instance, our identification and further development of rapidly mutating Y-chromosomal short tandem repeat (RM Y-STR) markers and tools to analyse them has revolutionized forensic Y-DNA applications, as for the first time it allows to differentiate paternally related males, who typically are identical at conventionally used Y-STRs. We also use Y-chromosome diversity for understanding human origin and population history as well as for determining the paternal side of a person’s bio-geographic ancestry (see genetic population structure).