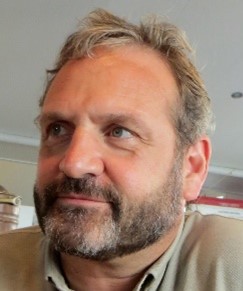 Studied Biology at the at the Department of Molecular Cell Biology of the University of Amsterdam. In 1995 he obtained his PhD degree on the thesis ""Three-Dimensional Analysis of Mitotic Prophase Chromosomes"" (promoters Prof. dr. N Nanninga and Prof. dr. ir. A.W.M Smeulders), for which he received the biennial award 1995 for PhD-research of the Dutch Genetic Society. He continued his scientific training as a post-doc at the Department of Pathology, Erasmus University Rotterdam (EUR), where he implemented an infrastructure for confocal and light microscopic imaging and digital image analysis. He collaborated with a number of research groups, where his contribution focused on applied quantitative microscopic imaging (‘query-driven technique development’).
Currently this microscopy facility is part of an Erasmus MC-wide initiative termed applied Optical Imaging Centre (aOIC), in which a number of the same type of facilities are brought under one management group (see also www6.erasmusmc.nl/oic).
In 1998, he started the investigation of the in vivo dynamics of DNA repair with the groups of Wim Vermeulen and Roland Kanaar (Dept. of Cell Biology and Genetics, Erasmus MC), and extended the research in 1999 to transcription regulation by steroid receptors with the group of Jan Trapman (Dept. of Pathology). In parallel to the study of in vivo molecular mechanisms, a complementary research line was initiated focusing on computer modeling of gene transcription and DNA repair.