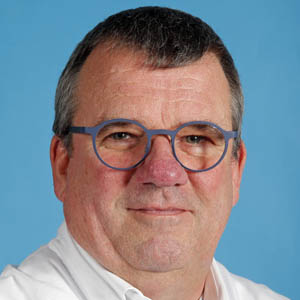 Professor Joop S.E. Laven is a professor of Obstetrics and Gynaecology (OBGYN) In 1997 he became board certified in OBGYN (FRCOG) and moved to the Erasmus University Medical Center in Rotterdam. In 2000 he became a board certified Reproductive Endocrinology and Infertility subspecialist. He is a member of ESHRE, ASRM, the Endocrine Society, the Society of Gynaecological Investigation (SGI) and the Royal Dutch College of Obstetrics and Gynaecology. He is the past president of the Dutch Society of Reproductive Medicine and president elect of the Androgen Excess PCOS society.

For many years he had a particular interest in the management of polycystic ovary syndrome covering the full spectrum from the effects of the syndrome during adolescence and adult life on the menstrual cycle, fertility, body weight and cosmetic aspects. During the last decade, the research has focused on more fundamental effects that polycystic ovary syndrome (PCOS) may have on quality of life and long-term health risks, as well as on the genetic basis of the disease. More recently he was also involved in Genome Wide Association Studies (GWAS) exploring the genetic basis of PCOS, premature ovarian insufficiency, menarche and menopause.

After Medical school he completed his Ph.D. thesis on clinical and experimental aspects of varicocele at Utrecht University in 1991. From 1991 till 1997 he continued his training at the University Medical Center St. Radboud in Nijmegen. In 1997 he became board certified in OBGYN (FRCOG) and moved to the Erasmus University Medical Center in Rotterdam. In 2000 he became a board certified subspecialist Reproductive Endocrinology and Infertility subspecialist.

A complete overview of publications can be found here:

Joop is participating in the curriculums of the Bachelor and Master Medicine as well as in the local and national training program of OBGYN.

Chairman elect of the AE-PCOS Society.

Professor Laven has received several unrestricted research grants, as well as grants form ZonMw, the Dutch Heart Association and the National Institute of Health (NIH) in the past 5 years - adding up to a total of 1000 K Euros.

Currently he is living together with Annemarie Rietveld, and the proud father of four sons: Niels, Pim, Jannes and Loek. In his rare free private time you might see him fly-fishing or biking or just being lazy on these Sunday afternoons listening to Van Morrison.