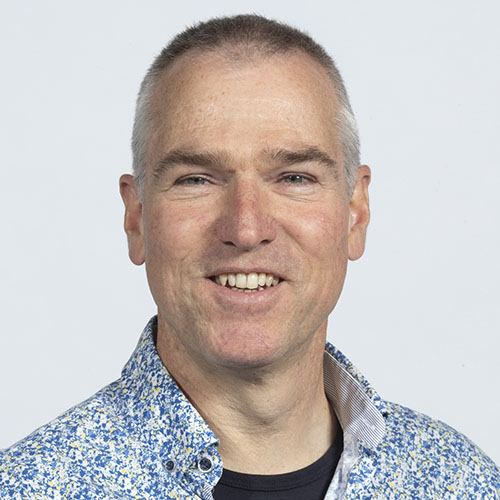 Ron Smits studied Biomedical Sciences at the University of Leiden, The Netherlands (1985-1992), where he also performed his PhD study and Postdoctoral training at the Department of Human Genetics. His thesis entitled "APC and cancer: It takes two to tango" was successfully defended in 2002 (cum laude). Beginning of 2003, he joined Genentech Inc., South San Francisco, CA, as a research scientist. Here, he also developed the research line to investigate the cross-talk between receptor tyrosine kinases and β-catenin signaling in cancer for which he was awarded a Vidi (ZonMW) grant in 2004, which was initiated in the Department of Pathology of the Erasmus MC in Rotterdam, The Netherlands. Since January 2008, he is a staff member at the Department of Gastroenterology and Hepatology of the Erasmus MC. Our current research focusses on molecular mechanisms contributing to intestinal and hepatocellular tumor formation and metastasis, with a special focus on the role played by Wnt/β-catenin signaling.

Erasmus MC PhD grant 2008-2012: The role of SOX2 in intestinal development and the formation of mucinous colorectal cancer.