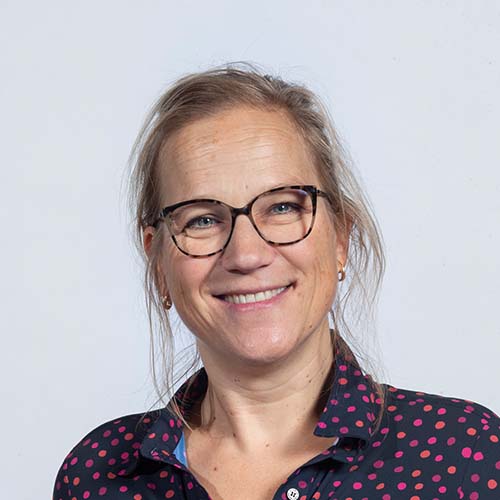 My mission is to understand the biological mechanisms underlying psychotic and mood symptoms and diagnoses; and I focus my research efforts on the neurobiological and (social) cognitive basis of schizophrenia and bipolar disorder, using neuroimaging approaches, extensive phenotyping, and experimental (social) cognitive paradigms, preferably within longitudinal family designs. Moreover, I strongly advocate cross-disorder research and I include in my studies (at-risk) individuals with different diagnoses in the psychosis-mood spectrum (specifically schizophrenia, bipolar disorder and major depressive disorder). Since early in my career, I am particularly interested in the confounders (e.g., outcome, antipsychotic medication intake, life events, cannabis) that influence the (excessive) structural brain abnormalities in these disorders. Moreover, my work includes studies in large samples on the heritability of neuroimaging-based brain measures (change).

I have received prestigious and highly competitive grants (VIDI, NIH) to investigate processes related to social functioning (e.g. reward, self-agency, self-other distinction, emotional processing) and their underlying neurobiology in adult patients with and those at familial high-risk for schizophrenia and bipolar disorder. In May 2018, I moved to Erasmus MC to accept a chair position at the department of CAPP, entitled Brain Development and Psychopathology. My move to Rotterdam allowed me to increase my efforts to investigate cognitive and neurodevelopmental processes that predate the onset of serious mental illness and to identify risk and resilience factors which may inform prediction, early detection, prevention and early intervention.

2004 - 2013: Assistant professor in Psychiatric Neuroimaging at the Rudolf Magnus Institute of Neuroscience, Department of Psychiatry at the University Medical Centre Utrecht.

2013 - 2018: Associate professor in Psychiatric Neuroimaging and Cognition at the Brain Centre Rudolf Magnus, Department of Psychiatry at the University Medical Centre Utrecht.

2018 - current: Professor of Brain development and psychopathology at the department of Child and Adolescent Psychiatry/Psychology at the Erasmus MC-Sophia’s Children’s Hospital.

A complete overview of publications can be found here: