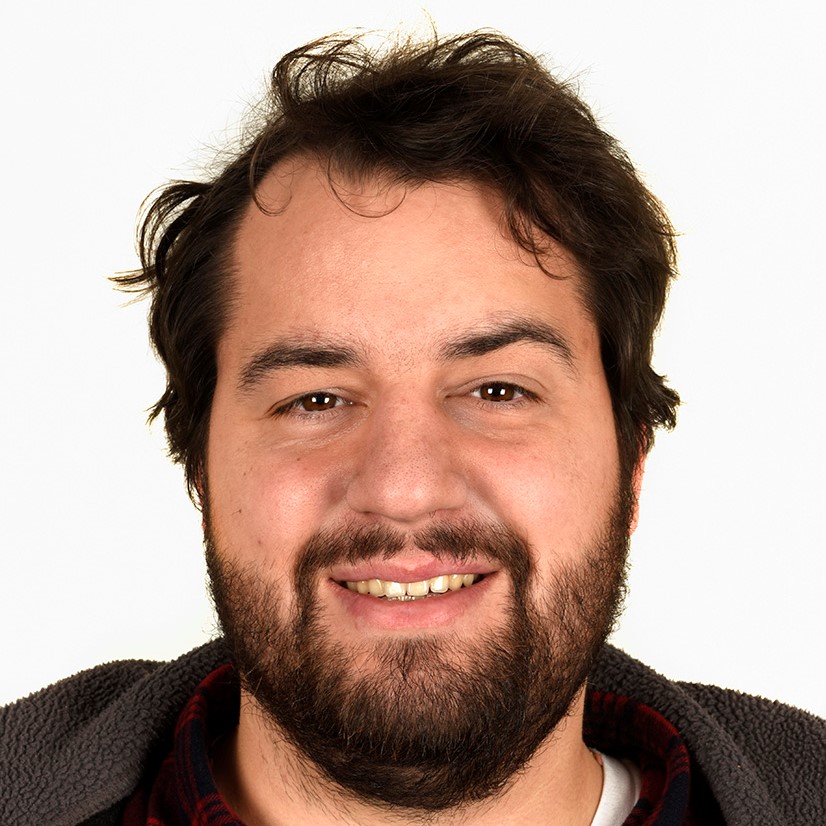 Mathis Funk (1990) is a post-doctoral researcher at the Viroscience department of Erasmus MC with a focus on hypothesis-driven fundamental research and viral evolution. He obtained his PhD in 2018 under the supervision of Thierry Heidmann for his work on syncytins, genes of viral origin that are necessary for placentation in animals. His results demonstrated for the first time that non-mammalian placentas also rely on genes of viral origin, suggesting that ancestral retroviral infections are a prerequisite for the emergence of placentation.

Dr. Funk joined the Viroscience department in 2019 to work on the evolution of influenza viruses, focusing on the molecular events leading to insertions and deletions in the influenza genome. Currently he is investigating the origin and mechanism of insertions leading to the emergence of highly pathogenic avian influenza viruses as well as new antigenically distinct human influenza B virus lineages. His work shifts the focus from traditional set ups to virus-free approaches focused on the molecular interplay of viral polymerase and genome.

During my work in Prof. Zur Hausen’s lab, I investigated the hypothesis that the link between colon cancer in humans and red meat consumption is due to an unidentified viral pathogen by screening cattle sera for novel genomes. This led to the deposition of a patent using them as biomarkers in humans. These early discoveries have since been substantiated by the identification of numerous related genomes. The sequences I identified were the founding members of this new family of putative pathogens.

Expanding the role of Syncytins

When I started working on syncytins, it had already been well established that they were present all across the spectrum of placental mammals and that their fusiogenic ability was required for placental development and reproduction. What remained unclear was their role in other animal families as well as putative alternative roles in placental development.
To tackle the first question, I investigated the case of a rare Andean placental lizard. Contrary to popular belief, placentation is not restricted to mammals and this lizard possesses a highly complex placenta, structurally very close to that of mammals. In collaboration with another PhD student, I was able to demonstrate that a syncytin was present at the placental level of the Andean lizard. This finally answered a long-standing question in the field and suggests that syncytins are not just an evolutive curiosity found in mammals, but that they may be present in many more animal families. It is also a stunning example of parallel evolution between mammals and lizards, whose evolution diverged about 300 million years ago. My work on the identification of the first non-mammalian syncytin was covered by the general press (The Economist, Le Monde) as well as the popular virology podcast “This Week in Virology”. More recently I was invited to speak as an expert on syncytins for the Netherlands Center for One Health Webinar “Viruses - Why we cannot live without them”.

A second project during my PhD concerned the placenta of Hyaenidae, which is strikingly different from all other carnivorans even though it presents the same carnivoran syncytin gene. Indeed, the Hyaenidae placenta is structurally and functionally much closer to human placentas. My investigations revealed the presence of another syncytin-like gene specifically in Hyaenidae placentas and adds to the growing list of syncytin-like genes in mammals, strongly hinting at the existence of more, as of yet unknown, roles for these genes.

The overall objective of this research line is to reduce the impact of epidemic and pandemic influenza through research on viruses in reservoir hosts, transient hosts, and humans, and to develop mitigation strategies based on surveillance, vaccines and antivirals..