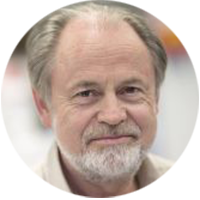 Jan Hoeijmakers his personal motivation in science is to try to find rational-based solutions for ubiquitously occurring, devastating diseases such as cancer and aging-related pathologies, which represent the dominant healthcare problems world-wide. To find ways to promote healthy aging, I focused on the most important molecule in cells, the DNA, carrying all instructions for life, reasoning that persisting damage to this biomolecule must have lasting deleterious effects on cell function and properties, and hence may contribute to compromised health. Therefore I joined the Department of Genetics of the Erasmus University in Rotterdam in 1981 to work on DNA repair processes in mammals, which preserve the integrity of our genome, despite continuous attack by a plethora of DNA-damaging agents. From the beginning we have consistently made major contributions towards identifying human DNA repair genes, which provided the basis for understanding mechanisms of DNA repair in vitro as well as in live cells and intact mice by developing GFP-tagging and dynamic innovative photobleaching techniques, for generating valid mouse models and for delineating their biological and clinical importance for cancer and aging. In this way we recently pioneered the link between DNA damage, repair and aging and succeeded in getting aging in mice to a significant extent under control. We also identified DNA damage-driven transcriptional stress as major cause of aging explaining the basis of proteinopathies and discovered a surprising effect of nutritional interventions, with implications for repair syndromes, dementia’s, chemotherapy and ischemia reperfusion injury in surgery and organ transplantation.

As the average life expectancy continues to increase worldwide and a growing number of people enter the aged population, the prevalence of age-related diseases is rapidly increasing. This, in turn, leads to significant social, medical and economical burdens to societies. In our research group, we have generated a comprehensive series of mouse models based on rare genetic human diseases, such as Cockayne syndrome (CS) and Trichothiodystrophy (TTD). These patents all have a mutation in genes of the DNA repair machinery, hampering their optimal function. As a result, random DNA damages accumulate faster leading to increased cell death, loss of organ and tissue function and premature aging. By modulating the process of DNA repair we recently succeeded in largely controlling the process of aging in mammals. The speed of aging is determined by the severity of the DNA repair defect and the type of repair defect defines the type of segmental accelerated aging and/or cancer. By using full-body and conditional repair mutants, targeted to any specific organ, tissue or stage of development, we can characterize aging and disease progression in more detail and are aiming for innovative intervention strategies for the near future to promote healthy aging.

Full list of published work as found in My Bibliography

1. Discovery of one of the first genome rearrangements in Nature.

In ‘spare’ time of my PhD thesis (at the Univ. of Amsterdam, on the structure and function of the fishnet-like kinetoplast DNA of trypanosomes), I started working on the mysterious mechanism by which these unicellular parasites escape immune surveillance of the host via switching every time to a different surface coat. I discovered -at that time totally unanticipated- that variant surface glycoprotein switching is accompanied by complex DNA rearrangements in the genome of trypanosomes. When they switch coats a silent copy of a variant surface glycoprotein gene is duplicated and transposed into an expression cassette close to a telomere, replacing the residing gene. The transposed copy is subsequently expressed and encodes the next surface coat. Since then this intriguing process has been explored in multiple labs and has been a main topic of research by my supervisor Piet Borst for over 20 years. J.H.J. Hoeijmakers, A.C.C. Frasch, A. Bernards, P. Borst and G.A.M. Cross. Novel expression-linked copies of the genes for variant surface antigens in trypanosomes. Nature 284: 78-80 (1980)

After moving to Rotterdam in 1981 I set up molecular biology of DNA repair in mammals and succeeded in cloning the first human DNA repair gene, ERCC1, followed by ~ half of all NER/TCR genes and many others. I discovered the strong evolutionary conservation of DNA repair, resolved the basis of a variety of enigmatic human repair syndromes, such as xeroderma pigmentosum (XP) and Cockayne syndrome (CS) and identified trichothiodystrophy (TTD) as a member of a new class of ‘basal transcription disorders’. The cloning of NER genes and characterization of the encoded proteins allowed elucidation of the molecular mechanism of NER and the study of the surprising in vivo dynamics of DNA repair using GFP-tagging and photobleaching techniques, which was also pioneered in my laboratory.

3. Discovery of a strong connection between DNA damage, repair and accelerated but bona fide aging.

My laboratory pioneered the analysis of the clinical consequences of DNA repair deficiency by generating the most comprehensive series of DNA repair deficient mouse mutants world-wide. We found these mice to strikingly mimic the corresponding human syndromes providing detailed insight into the complex etiology of human repair diseases. As one of the most important achievements in my scientific career I discovered a very strong, initially controversial connection between DNA damage and aging, and on this basis proposed a trade-off between cancer and aging. By modulating DNA repair, damage induction and nutrition my team succeeded in largely controlling the process of aging in mice. The type of DNA repair defect determines the type of segmental accelerated aging and/or cancer. The severity of DNA repair deficiency correlates with the rate of accelerated aging: shortening lifespan and onset of many aging-related diseases from years to weeks. E.g. transcription-coupled repair primarily protects post-mitotic tissues such as neurons from accelerated aging, cross-link repair the proliferative organs e.g. bone marrow. DNA repair systems protecting primarily from mutagenic lesions or covering the entire genome (such as global genome NER) predominantly prevent cancer. Conditional repair mice allow targeting cancer and/or accelerated aging to any organ, tissue or stage of development, e.g. mice in which only the cerebellum or heart exhibit dramatic accelerated aging. The Ercc1Δ/- mutant, affected in at least 3 repair pathways, exhibits the most wide-spread premature aging phenotypes documented to date for any mammal: progressive neurodegeneration (dementia, ataxia, loss of hearing, vision, neuronal plasticity, etc.), osteoporosis, cardiovascular, hematological and immunological aging, thymic involution, cachexia, sarcopenia, early infertility, liver, kidney aging etc., accompanied by progressive behavioral-physiological-hormonal alterations, loss of stem cells, increased cellular senescence and gene expression patterns alike natural aging.

4. Discovery of a life-span extending survival response and unprecedented extension of life- and healthspan by nutritional interventions in progeroid repair mutants.

Systematic expression profile analysis of multiple organs revealed an initially paradoxical similarity between very short- and extremely long-lived mouse mutants: both suppress the somato-, lacto and thyrotrophic hormonal axes, which in wt mice extends lifespan. This work led to the identification of a highly intriguing ‘survival response’ that attempts to promote longevity and counteract cancer in both short- and long-lived mice by redirecting energy from growth to maintenance and resilience mechanisms. Importantly, we discovered that nutritional interventions, such as dietary restriction (DR) trippled lifespan of some repair mutants, which for mammals is unprecedented. Additionally, all health parameters appeared dramatically improved by DR. Moreover, the mouse mutants turned out to be very valid models for neurodegenerative disorders, like Alzheimer and Parkinson diseases for which aging is the undisputed main risk factor. Nutritional interventions strongly delayed the onset of neurodegeneration, addressing a tremendous unmet medical need. Very recently we discovered that aging is associated with transcriptional stress, most likely due to time-dependent accumulation of transcription-blocking DNA lesions. DR reduces the DNA damage load, explaining the strong beneficial effect on life- and healthspan of premature aging repair mutants. Transcription stress also explains the aging component in all proteinopathy-associated dementia’s, resolving a long existing mystery and revealing a direct link between genome maintenance and Alzheimer, Parkinson, FTD etc. Very recently, we applied the findings in our mouse models to the first patient suffering from severe TTD. Reducing food intake spectacularly improved her overall condition and functioning: whereas prior to treatment she barely could crawl, not walk or talk and developped severe tremors with very unfavorable prognosis, she now can walk independently, speak, count, even starts writing her name and enjoyed a stable health for > 1 year. This is the first progeroid DNA repair patient benefiting from basic research. In summary, this work places DNA damage at the basis of aging, highlights the flexible nature of aging and establishes the repair mutants as highly valuable tools for identification of life- and healthspan extending pharmaceutical and nutraceutical interventions in mammals. This opens new perspectives for prevention or treatment of aging-related diseases, which are associated with enormous loss of quality of life and which constitute the main health care challenge globally. In addition it has implication for treatment of repair syndromes, dementia’s, chemotherapy and ischemia reperfusion injury in surgery and organ transplantation. Most notably, this work has identified DNA damage as the main cause of aging and hence has resolved the main molecular basis of aging.

Additionally my laboratory also generated the first mouse mutants with intrinsic defects in the biological clock. This opened a new line of research in our department on the molecular mechanism and biological importance of circadian rhythmicity for onset and therapy of cancer and for lifespan and health in aging.