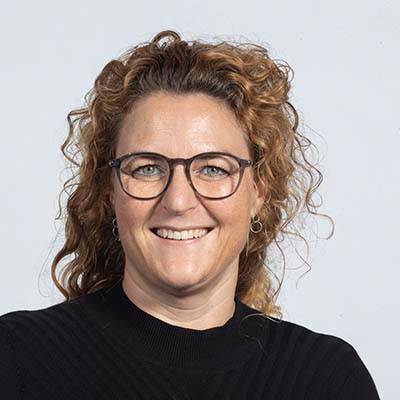 Debby van Riel - Associate professor Department of Viroscience.
After her PhD Debby started her own research line in which she focuses on extra-respiratory tract complications of respiratory virus infections, with a specific focus on CNS disease. In recent years she has shown that influenza viruses can enter the CNS via the olfactory nerve and trigeminal nerve in the ferret model, but also in a human case (Schrauwen 2011, van Riel 2014, van Riel 2015, Siegers 2016, de Wit 2018).

Ongoing research
Ongoing research focuses on viral factors that facilitate influenza virus entry and spread throughout the nervous system (Siegers 2019), as well as host factors (risk groups for severe influenza). Besides influenza, Debby is also interested how other viruses, such as Zika virus (Anfasa 2017. Simonin 2017) and enterovirus D68, are able to enter and cause disease of the central nervous system.

Recent studies
In recent studies, Debby has shown that severe influenza virus infections results in systemic pro-inflammatory responses, with involvement many extra-respiratory tissues such as the CNS, heart, liver etc(Short 2017, de Wit 2018). This response most likely contributes to pathogenesis of severe influenza, and ongoing research focusses on differences in responses between influenza virus strains, as well as the mechanism behind this systemic response.

Click here to view the publications of Debby van Riel

Debby has received several grants and fellowships that support her research group, including a Veni, Erasmus MC fellowship, Vidi and Aspasia (total > 1.4 million Euro). In addition, Debby received the Beijerinck premium in 2015 (2 yearly award for promising early career scientists within virology research in the Netherlands), the ESWI Award in 2017 (3-yearly international awards for the most promising body of work in influenza virus research from European Scientific Working group on Influenza) and she is a member of the Young Erasmus Academy.

The overall objective of this research line is to reduce the impact of epidemic and pandemic influenza through research on viruses in reservoir hosts, transient hosts, and humans, and to develop mitigation strategies based on surveillance, vaccines and antivirals..