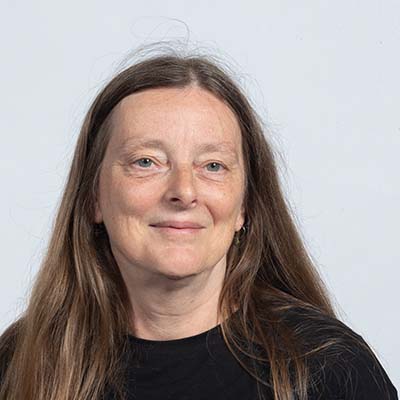 Annemieke Verkerk has a PhD in molecular biology obtained at the ErasmusMC. She has previously worked in the department of Clinical (Human) Genetics (at EMC and LUMC) and is now stationed at the department of Internal Medicine at the EMC. She is, and always has been, working in the research field of human genetics with focus on gene mutation finding in families segregating genetic disorders. Her focus now is on gene mutation finding in bone related (and some other) genetic diseases.

The main working focus of Annemieke Verkerk has been in achieving progress towards and identification of gene mutations causing genetic diseases in families.

As a master student she worked on developing a physical genetic map of the Duchenne Muscular Dystrophy gene region (LUMC, Leiden). Cell 1986.

During her time as a PhD student at the ErasumsMC, she identified the gene mutation causing the Fragile X syndrome, one of the most occurring intellectual disabillity syndromes in males.

The molecular basis of the fragile X syndrome: expansion of a trinucleotide repeat, a new mutational mechanism.

After her PhD she worked on:

She currently works on searching for gene mutations in hereditary diseases involving skeleton and bone (and some others) including using exome sequencing data (EMC Rotterdam).

Our mission is to understand the genetics and genomics of complex traits and common diseases and apply the discoveries to clinical practice.