Noronet is a global network of scientists working in public health institutes or universities sharing virological, epidemiological and molecular data on norovirus.

he Noronet database can be accessed here.

In order to ensure standardized typing of the sequences, all submitted sequences are typed using the publicly accessible norovirus typing tool on the website of the RIVM. 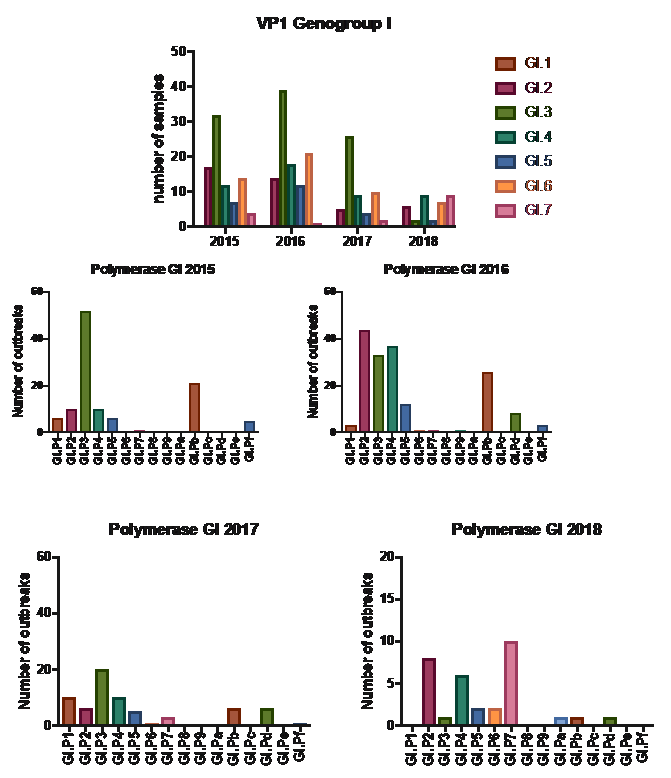 Although there are many GII capsid genotypes co-circulating there are large differences in prevalence. GII.4 variant GII.4 Sydney 2012 is still the most prevalent genotype (Figure 3, Figure 4 and Figure 7). For  GII.17 there was a major increase in prevalence in 2015 and 2016, currently GII.17 outbreaks are still reported but at a lower frequency. For GII.2 there is also an increase in prevalence, mainly of GII.2 in combination with the GII.P16 genotype (Table 1). 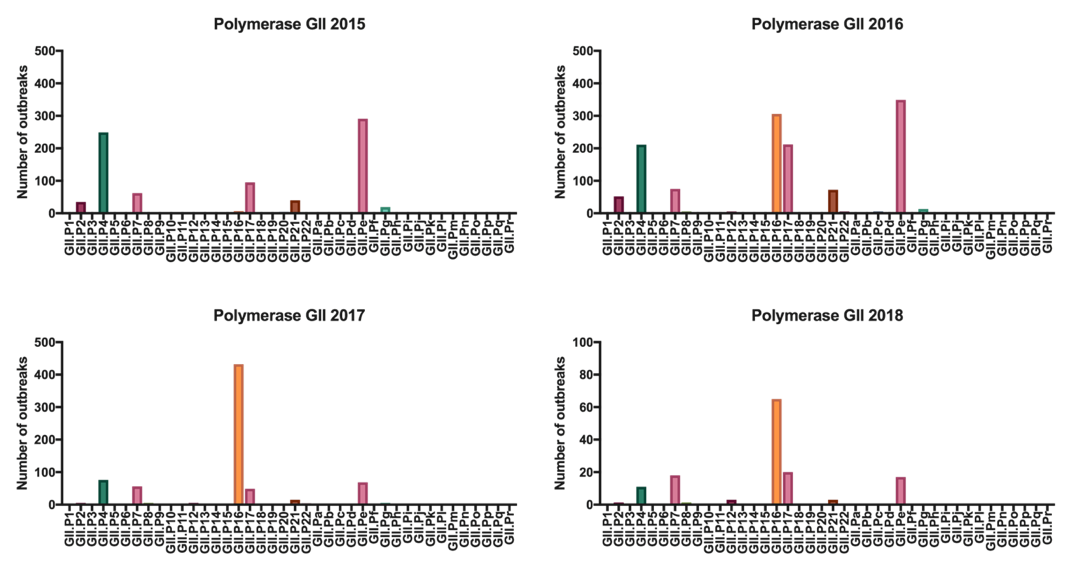 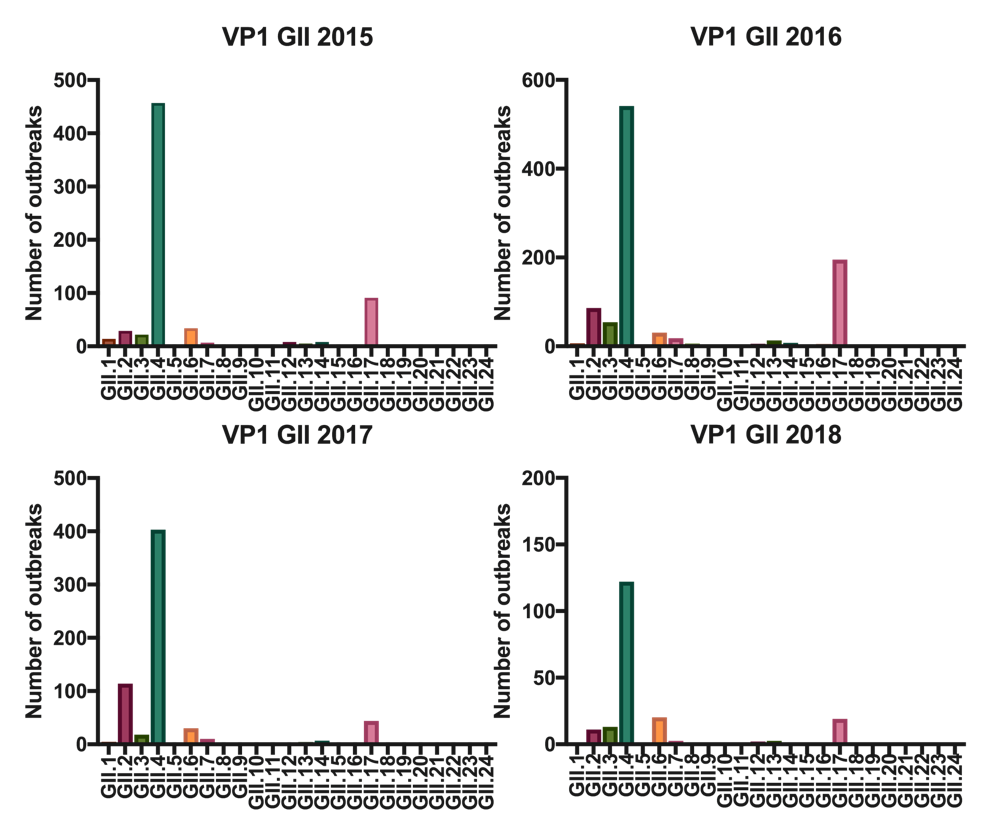 Figure 4 GII.4 variants, capsid and polymerases. *For GII.P16 all sequences were included including GII.P16 sequences that were detected in combination with a non-GII.4. 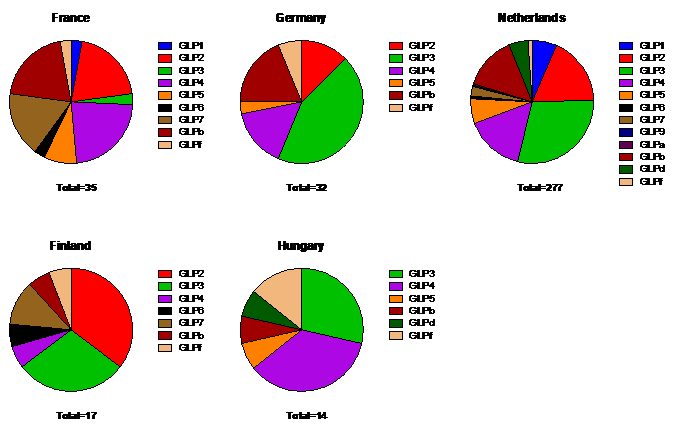 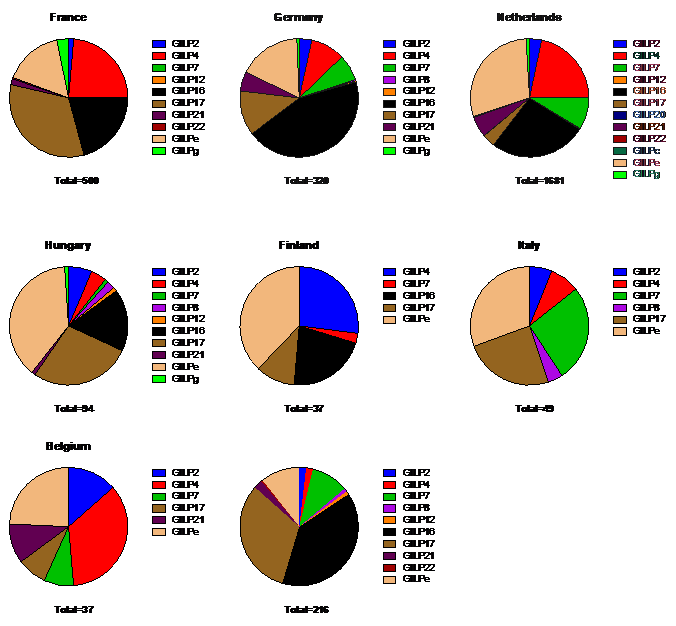 The aim of Noronet is to enlarge the knowledge on geographical and temporal trends in the emergence and spread of Norovirus variants, thus limiting the impact and scale of future norovirus epidemics. A second aim is the design of a well founded standardized nomenclature for existing and emerging norovirus genotypes and variants or sub-lineages. By prospectively sharing information on norovirus activity we can chart the global spread, recognize changes in circulating strains and possible changes in the epidemiology of the virus and thus potentially predict epidemic seasons.

Want to know more about the NoreoNet?

Viroscience: Emerging Infectious disease research preparedness and response in a One Health context