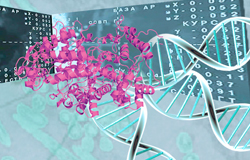 To examine the effect of a multifactorial, online injury prevention programme on the number of running-related injuries (RRIs) in recreational runners.

This large project took more than 2 years to complete, and was funded by the Netherlands Organization for Health Research and Development (ZonMW).

Running is a sport that is frequently practiced and is growing in popularity. In the Netherlands, about 2 million people performed running regularly in 2014, which is about 12.5% of the Dutch population. Regular running has many positive effects on both physical and mental health and is an efficient way to improve physical fitness. A main drawback, however, is the high number of musculoskeletal injuries among runners. The injury proportions in runners vary between 3% and 85%.

Only a previous injury is a consistent and frequently identified risk factor for RRIs, which emphasizes the need for primary injury prevention measures in runners. So far, only a few randomised controlled trials (RCTs) have investigated the effects of injury prevention measures in runners. None of these RCTs showed effectiveness of a program. This may be related to the fact that these RCTs targeted only one risk factor for RRIs, while the cause of RRIs seems to be multifactorial.

The aim of this study was to examine the effect of a multifactorial, online injury prevention program on the number of RRIs in recreational runners.

Methods of our project

The included runners were randomised into the intervention group or control group. Participants in the intervention group were given access to the online injury prevention programme, which consisted of information on evidence-based risk factors and advices to reduce the injury risk. Participants in the control group followed their regular preparation for the running event. The primary outcome measure was the number of self-reported RRIs in the time frame between registration for a running event and 1 month after the running event.

This research received a grant from the Netherlands Organization for Health Research and Development (ZonMW).

The results of this Randomized Clinical Trial have been published in the highly rated British Journal of Sports Medicine – and available as open access – click the link to read the full paper: https://bjsm.bmj.com/content/53/23/1479.long